A valve core is a spring-actuated cartridge-type check valve assembly that screws into a mating threaded cavity (housing).

There are a number of options for customers wishing to purchase valve cores in both the OEM and aftermarket sectors, as shown in the product part table on page 5 and “Selecting a Schrader Pacific Valve” on page 8 of the valve core brochure which can be downloaded using the link at right.

The valve core is one-half of a mated pair that works in collaboration with either our high-side charge or low-side A/C service port housings. Schrader Pacific valve cores are designed, validated, and manufactured for optimal performance with our charge and service ports. Please see the valve core page and valve core downloads for more information. 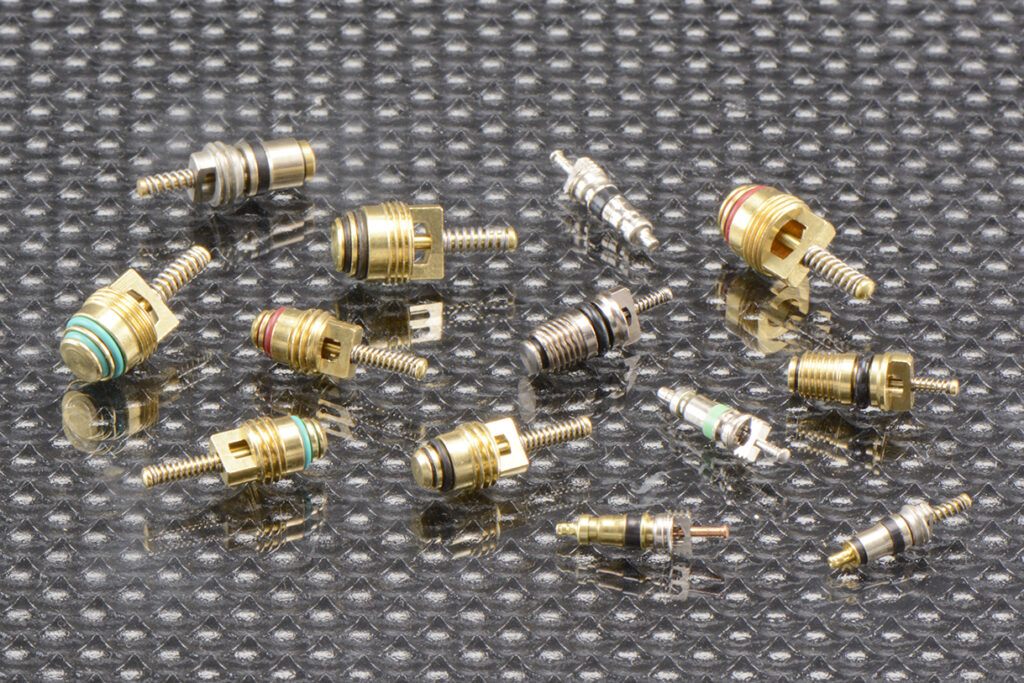 Schrader Pacific Advanced Valves is here to assist with questions about valve development and manufacturing or standard valve product applications. Standard products can be sourced from any of our distributors.